Cat Who Lost 2 Left Legs in Accident Now Runs to His Favorite Boy, Gives Hope in a Hard Time

It was just about a year and a half ago that Suzanne Buffington, her then-12-year-old son Gracen, and their pet cat Shade, showed up at Cabot Animal Support Services in Cabot, Arkansas, in a desperate state.

Shade had been in an accident, and it was bad. When Gracen found his cat outside that morning, one leg—the front left—was broken, with the bone poking out through his skin. Shade’s left hind paw and leg had what Suzanne describes as “holes” going through them.

“He had holes in places there should not be holes,” Suzanne says. “He looked really, really bad. As bad as I’ve ever seen a cat.”

Shade had perhaps been hit by a car, and dragged on the road, Suzanne speculates. She and Gracen put Shade in a cardboard box and rushed him to a veterinarian, then to another, then to another still. None could help without a large deposit, which they did not have.

“I didn’t know what to do. We’re not very well off,” Suzanne says.

Through this drive, Gracen, who has autism, was inconsolable. He’d received Shade as a gift from his father’s mother, who had died several months earlier. Not only did Shade help him through that grief and change, but he and Shade are just close. Shade follows Gracen around the house. Gracen brushes Shade’s fur with a toothbrush, and Shade licks Gracen’s hair in return. They sleep together. They’re bonded.

And even in the car, driving from vet to vet to vet, with no relief, there was Shade, gravely injured in his box, rubbing his broken body on Gracen’s comforting hand; the two of them always in sync.

Finally the family tried Cabot Animal Support Services’ satellite office, out of which its programs are run. The office used to be a veterinarian’s office. Suzanne hoped that’s what it still was, when she pulled up; she didn’t know it had changed hands. It was just a last-ditch hail Mary, that there might be someone there who could help in some way, any way, to help ease this cat’s suffering.

Mike Wheeler, Director of Community Services for Cabot Arkansas, runs Cabot Animal Support Services. He happened to be at the programs office that day, when Suzanne walked in and explained what happened.

Mike went outside, and found Gracen and Shade in the car, in a shocking condition: his front leg “snapped in half, bone sticking out. The back leg had holes from the bottom of the pad all the way up to the shoulder.”

“I really thought euthanasia was probably the best option for the cat at that time,” Mike says. “Then I looked up at the little boy holding it and he just had tears coming out of his eyes. What do you do?”

What Mike did was call a veterinarian who works with the shelter’s pets, about 45 minutes away. The shelter’s Hope Fund covers veterinary care for owned pets—one of dozens of programs to support people and pets. Mike told Suzanne that any veterinary expense would be paid for.

After examining Shade, the veterinarian called Mike back. He said euthanasia was probably the best option. Otherwise, Shade would need his two legs amputated.

Suzanne recalls the veterinarian telling her that he thought he could save Shade.

“And I looked at Shade, and I thought ‘How?’ I mean, half of him is gone,” Suzanne says.

“And I looked at Grayson, and I said, ‘What do you want to do, baby?’ And he was crying. And he said, ‘I want to save him.’ I said, ‘OK baby, if that’s what you want, that’s what we’ll do.’ And so I committed at that point to whatever Shade needed.”

The vet saved a stump of Shade’s front leg, and completely amputated the hind leg. Then Shade spent five days at the vet’s office.

“And Mr. Wheeler’s organization went ahead and paid for the surgery, which astounded me. I’ve never seen such wonderful, generous people in my life,” Suzanne says.

When he was deemed ready to come home, Suzanne and Gracen weren’t sure what to expect. They thought it was possible Shade would need them to carry him everywhere. Hand feed him. Whatever Shade needed, they were prepared to do it to make sure their miracle cat’s life was good.

They put a comfy rug in a big box for Shade to rest in. At night, Suzanne set her alarm to wake up every two hours, to carry him to the litter box.

“And then I would pour him some food, pour him some water, get him comfortable, get him settled back in the box,” she says. “And then snooze until time to get him up again. And we did that for a couple of weeks.”

Then one day, not too long later, Shade got himself out of his box. Suzanne describes it as “slithering bonelessly.” She was surprised, and delighted that at least he would have some mobility, even if just a little.

But by three weeks, Shade was not just slithering but running. Yes running.

And now “he runs, he climbs, he jumps, he plays,” Suzanna says. “And he has become my inspiration. I watch him just getting on with things and it’s amazing…I was perfectly prepared to just tote this cat around like a furry purse for the rest of his life. But no ma’am, that cat had other plans.”

For Mike, Shade’s story is an important one. It’s a story of hope. He wants everyone in his community to know that when they need support for their animals, his organization is there to provide it.

“Without hope, the world’s lost. So I have to know that everybody who contacts us, that there’s hope,” he says.

Mike says that Shade has made him think more broadly about which animals can be saved at the Cabot shelter, too. It’s made him and his staff fight even harder for each and every one of them.

“This cat has proved to me and everyone in our department that nothing is impossible,” Mike says. “The only time we fail an animal is if we don’t try and that will forever be unacceptable. Who do we think we are to make a decision to end an animal’s life without giving it every chance possible? There is no one in this world that knows the determination that an animal has to live.”

And the story gives hope to him and his staff, too. When Mike recently reached out to tell Shade’s story, it was on a terrible day in his community and for his organization. A house fire claimed six pets’ lives. Four more were missing. A kitten was on oxygen at a veterinarian’s office.

To get through that pain, Mike thought about the people and pets he and his staff have been able to help. Like Shade. Like Suzanne and Gracen.

Gracen, who is 13 years old now, says he “always wanted to help” Shade.

Gracen calls Shade his “portable pool of inky darkness.” (The kid, like his mom, has an ear for poetry and a way with words.) Having Shade at home through the pandemic, while he was learning from home, has really helped. They spend all day together, when Shade isn’t too busy dashing around with the family’s other cats.

A year and a half past his accident, the only real accommodation that Shade needs from Gracen anymore, is help scratching a couple of parts of his little body that he can no longer reach with his missing feet.

Shade’s accident was terrible for them both. “I was upset when he was upset,” Gracen says. And now Shade is happy, so he is happy, too.

This blog shows the power of HASS’s community-focused animal services model. By supporting people and pets, and helping a family access otherwise-inaccessible veterinary services, Cabot Animal Support Services in Cabot, Arkansas, saved a beloved cat’s life and kept a family together. Stay tuned for more blogs from our partner organizations that show HASS in action.

Here’s where you can learn more about what HASS can do for your organization, and how you can be a part of this transformative, collaborative movement. 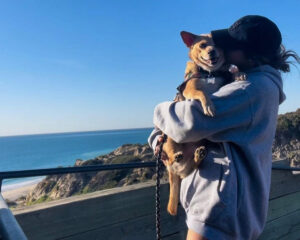 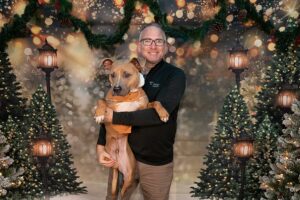